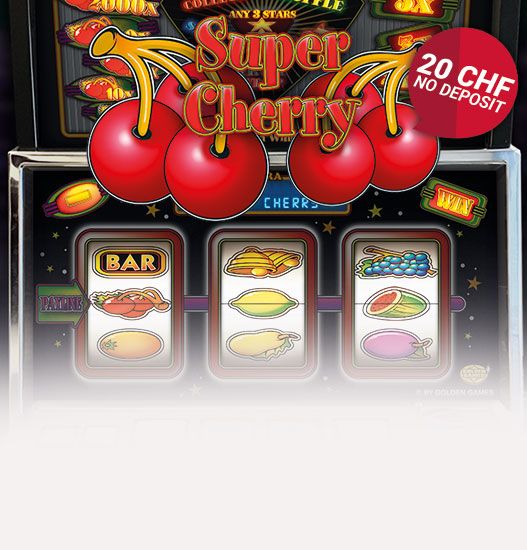 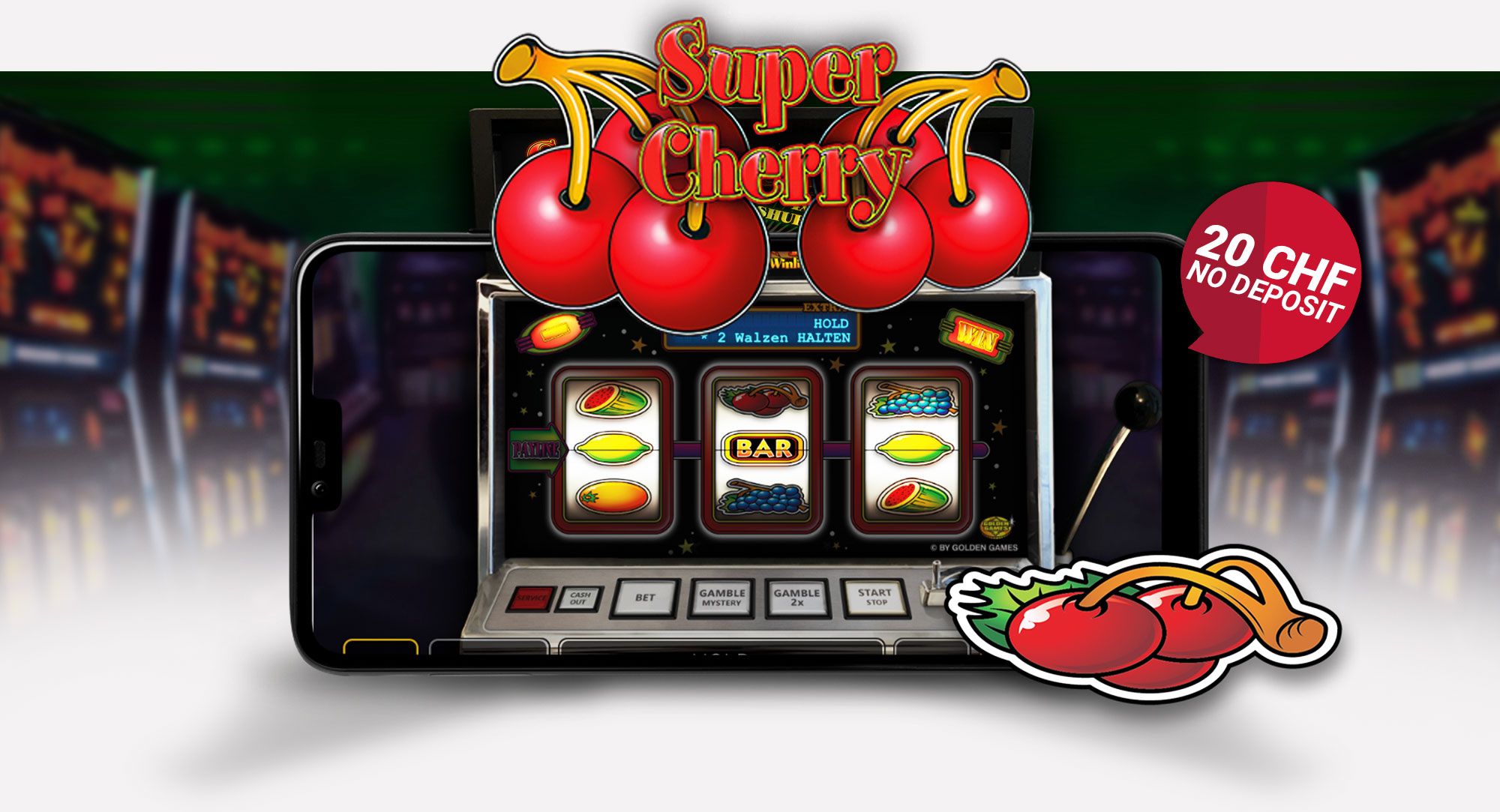 The slot machine Super Cherry at a glance

The game principle of the popular Cherry slots is as simple as it is ingenious. The fruit slot with three reels and a single payline is therefore extremely popular in Swiss casinos both online and offline. The slot machine was developed in its original physical form by the Swiss company Gold Games. Novomatic subsidiary Greentube subsequently adapted the Super Cherry slot machine online and brought the Swiss classic to internet casinos.

The Cherry Slots are characterized by a high volatility, which make them very popular with experienced slot players. Compared to other slots games, the payout is less frequent but higher.

The History of Cherry Slots

The Cherry slot machines were developed by Swiss entrepreneur Peter Schorno and his company Golden Games. From "Super Cherry 20" to "Super Cherry 600" and "Super Cherry 5000", they created a large number of variations of the popular slot classic. Until the revision of the Gaming Act in 2005, the machines were most popular in restaurants and bars. But as a result of the change in the law, nowadays only licensed Swiss casinos are allowed to use the luck based Cherry slots. Howevery, until this day, they remain one of the most famous slot machines in Swiss casinos.

Another milestone for the Cherry slots was the adaptation for the online casino by the gaming manufacturer Novomatic/Greentube. With the legalization of online gambling in Switzerland in 2019, the demand for an online version of the original Swiss slot Super Cherry grew rapidly. Hence, the launch of the game in the first legal online casinos triggered a new boom for the Cherry classics. The machines "Super Cherry 1000", "Super Cherry 2000" and "Super Cherry 5000", which can be found today in almost every terrestrial casino in Switzerland, were implemented as online versions. Greentube has, however, dispensed with the internet adaptation of older generations such as "Super Cherry 600".

Compared to other slot machines, the gameplay of Super Cherry online and offline is relatively simple. First and foremost, all game variations consist of three reels and the single payline is located in the middle, with a total of nine symbols visible at any one time. As the name "Super Cherry" suggests, the game is a fruit slot, where almost every symbol on the reels can also be found at your local supermaket. An exception are the two symbols featuring the highest value: the coveted "Bar" sign as well as the two ringing bells. Also among the non-fruits is the star symbol, which plays a special role, we'll explain further below.

When a win occurs, the slot player has the opportunity to multiply it. Basically there are two options for this. The "Gamble 2x" button gives the player the opportunity to double his winnings, but he can also lose them completely. Moreover, the "Gamble Mystery" option offers the player a  chance to multiply his wins even more. Possible multipliers here are 0x, 2x, 3x or 5x.

The objective of the Super Cherry game is to get three identical symbols on the payline. Depending on the symbol, the machine pays out a multiple of the wagered value. The multipliers for each symbol are shown in the table below:

With the cherries, you can win at Super-Cherry even if it only appears once or twice on the pay line.

If two other identical symbols appear on the pay line, this also activates a special: either a hold or step feature is triggered randomly. The hold feature will cause the third reel to spin, while the step feature will spin the reels in increments until three identical symbols are on the payline. If a cherry appears during the step feature, the reel is automatically upgraded to a Cherry Step, meaning that the cherries are collected instead of the original fruit. However, this will only take place if it is an improvement for the player. The BAR symbols or bells will not trigger an automatic upgrade to the Cherry Step.

If there are 3 stars on the pay line, this will result in a 100 times payout of the original bet, as described above. However, the star is a very special symbol, because a so called "Star Feature" is triggered whenever three stars are visible on the reels, whether or not they are on the payline. Once activated, the Star Feature randomly triggers one of five bonus games:

In conclusion, the simplicity is what makes the Cherry slot so charming, but in no way affects its attractiveness. Captivating bonus features guarantee adrenaline fuelled gaming fun when playing Super Cherry online or when playing it in a terrestrial casino.

Sign up on jackpots.ch now and use the bonus code "CHERRYJACK” to secure your CHF 20.- bonus credit. The bonus amount will be credited to the account after successful verification and is subject to the general bonus conditions according to our terms and regulations. The bonus code cannot be combined with other promotions and is only valid once for all new customers until 30 days upon registration.

We double your first deposit and reward you with up to CHF 1'111.-! Register now on jackpots.ch and make your first deposit. The cash bonus will be credited to your user account within the next 24 hours. The bonus conditions according to the General Terms and Conditions apply.